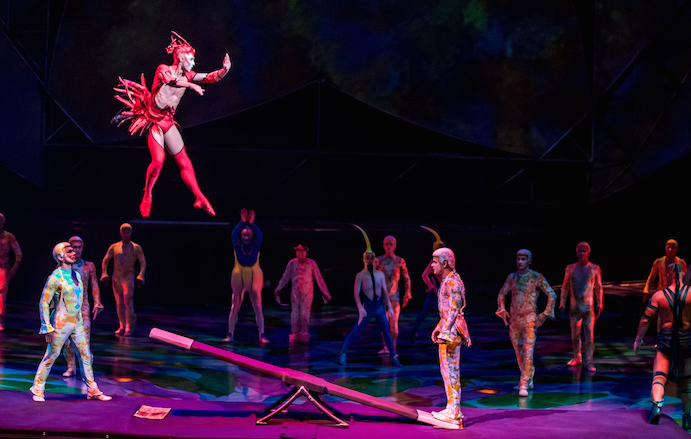 Mystère is the longest-running Cirque show in Vegas with an impressive 25-year run. Mystère is known for its heavy acrobatics and specialization in elements that have since been incorporated into other Cirque productions like aerial artists, magicians, street theater-style comedy, and elaborate sets. One of the highlights of the show is a high-energy, 6-minute trapeze act. This production was originally designed for Caesars Palace with a Roman and Greek theme but it was scrapped when executives thought it would be a financially risky show. it was redesigned for Treasure Island with its own custom theater. This was the first Cirque show with its own theater instead of a traveling circus tent.