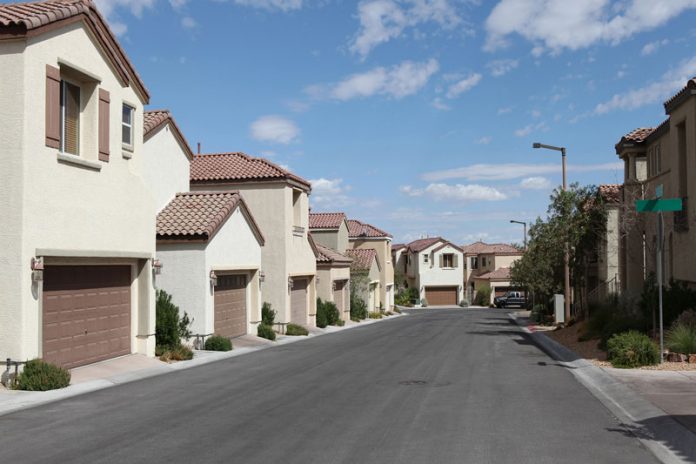 Home values across the United States are rising at the fastest pace since the peak of the housing bubble with Las Vegas leading the charge.

According to Zillow, the median estimated home value in Las Vegas was $260,800 in April. This is up almost 17% from April 2017 and the second-fastest rate among 35 metropolitan areas in the country.

Las Vegas is only behind San Jose, where home prices rose just over 26% year-over-year. Las Seattle came in third with home values up almost 14%.

According to Zillow, home prices across the United States have increased 8.7% year-over-year. This is the fastest pace since June 2006.

In April alone, homebuyers purchased almost 2,900 single-family homes in Las Vegas. There were 3,800 homes on the market without offers, down 25% from last April.

While Las Vegas is certainly experiencing a rapid growth, it’s still more affordable than many hot markets in the United States. The median sales price in San Jose tops $1.26 million while the median home price in Seattle is $490,000.

Many other cities experienced a one-year increase around 7%, including Los Angeles, San Diego, Portland, Tampa, and Dallas. Many cities are now at record levels for home prices.

The inventory of existing homes has been plunging across Southern Nevada. Despite this steep drop in homes for sale, the market demand has remained strong and 2017 was one of the best years on record for total sales. GLVAR reported that 46,600 homes were sold last year, up 12% from the previous year and the third-highest number on record.

According to GLVAR, the biggest challenge in Southern Nevada is helping homebuyers find properties amid low inventory and finding people willing to sell their home.

Despite the significant improvements, the Las Vegas housing market is still nowhere near its peak in the 2000s, when some homebuilders needed to hire security guards for their sales offices after buyers began fighting over their spots in line. This isn’t bad news as no one is hoping for a rapid return of the housing bubble.

The Las Vegas housing bubble between 2004 and 2007 was arguably the worst in the United States with widespread flipping, a booming construction industry, soaring home prices, and dozens of planned condo towers. When the market crashed, it brought tens of thousands of foreclosures, job losses, plunging home prices, and development that evaporated.

In many cities, home prices have since eclipsed their pre-recession highs but Las Vegas is one of the few major markets in which home prices remain a good amount below their peak levels.

One of the biggest differences between the market now and then is who’s buying and borrowing money. Mortgage lending is increasing but standards have become stricter. Most homebuyers today are buying a home in which to live while many buyers during the housing boom were investors.

The only area of the Las Vegas housing market reaching new highs? Home prices for new homes as the monthly median price for a new home has eclipsed the 2007 peak several times in the last year alone.

In April, the median list price for a new home was over $357,000, up 8% over the last year according to Home Builders Research. Sales totals aren’t expected to come close to a new record, however, due to tighter lending standards, labor shortages, a shrinking supply of land parcels, and a smaller number of Vegas builders. 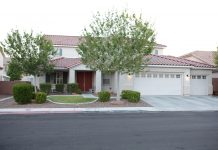