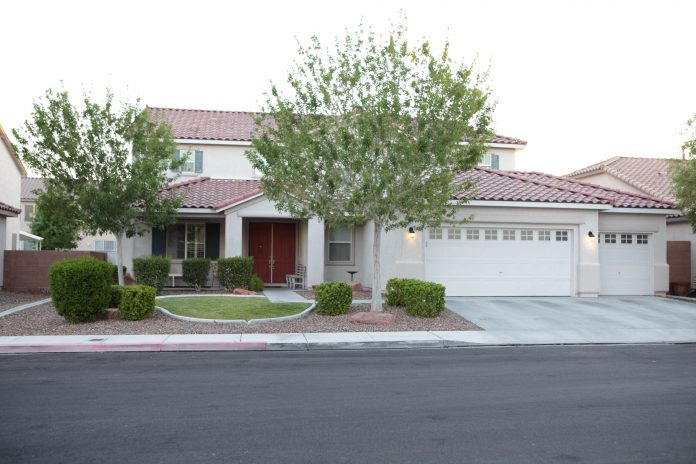 A buying frenzy has pushed Las Vegas homebuilders into their best first quarter in a decade.

According to Home Builders Research, 2018 has been the best first quarter in a decade for new home permits and sales. The group predicts that prices will continue to rise amid increasing demand and higher construction costs.

One of the strongest indicators of the healthy new home market in Las Vegas is the introduction of LGI Homes. This Texas homebuilder recently entered the local real estate market by purchasing vacant land in the northeast valley, a common target for first-time buyers. The entry of LGI Homes is rare as the roster of primary homebuilders in Las Vegas has not changed much in years with very little competition among homebuilders.

The median sales price of new home closings last month was $357,195, up about 8% from the previous year.

The buying frenzy has made home inventory tight in the Greater Las Vegas area. In March, more than 3,150 single-family homes were sold, up 48% from February but down from last year. According to the Greater Las Vegas Association of Realtors, prices and sales of single-family homes and condos usually rise in the spring, but they are climbing faster so far in 2018 than usual.

Las Vegas home prices have been steadily increasing at one of the fastest paces in the country. Last year, home sales in Southern Nevada were one of the highest on record despite low inventory.

The demand for housing isn’t going anywhere with Las Vegas rents increasing faster than the national average. Apartment tenants in the Las Vegas Valley pay an average of $989 per month, up more than 5% from a year ago. This exceeds the pre-recession peak of $925. Nationwide, monthly rents have increased 3.9% in the last year. Las Vegas also has the 6th-lowest vacancy rate among metropolitan areas at 3.2%.

A number of apartment developments are in the plans as single-family home construction isn’t the only segment experiencing a boom. Several rental projects are planned near or on the strip, including a 295-unit complex in Chinatown, a 231-unit complex downtown, and two large complexes near the Palms and the Hughes Center office park. Multifamily housing is spreading for the first time since the recession as rents continue to rise. In 2017, more than 5,000 units opened compared to just 3,500 in 2016 and 1,700 units in 2014. 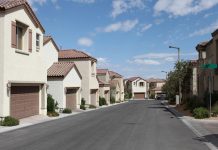