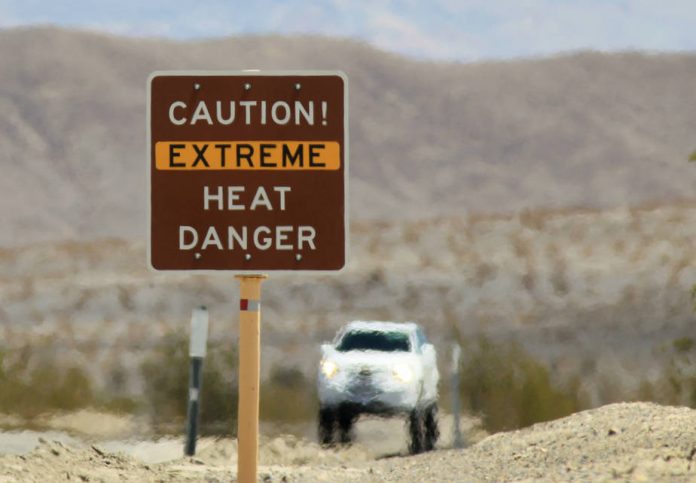 According to a new report by the Robert Wood Johnson Foundation, Nevada is one of the worst states in terms of preparedness for health disasters like natural disaster, terrorism, and epidemics.

The National Health Security Preparedness Index uses measures from many sources to assess the health protections for the country and each state. The Index also identifies strengths and weaknesses in protection to keep the public healthy and safe in the event of a large-scale threat to public health. The national preparedness level is 7.1 on a scale of 10.

Nevada tied with Alaska and received a rank of 6.4, which is far below the national average but a 10% increase from its preparedness level in 2013. While Nevada made big improvements in Countermeasure Management, its health security levels declined dramatically.

Nevada’s biggest issue is delivering care, especially mental health care, after a disaster. The director of the Index said the state’s biggest problem is a shortage of health professionals to manage its growing population. Nevada ranks as one of the worst in the country for its doctor to patient ratio with massive shortages in every specialty except plastic surgery. Southern Nevada has no bone marrow transplant, liver transplant, or heart failure programs, for example.

This physician shortage has affected many health metrics in the region, including DUI deaths and the number of children living in poverty. Nevada is 3,000 doctors short of just achieving a medium level of doctors for every 10,000 patients. Across the state, there are just 180 doctors for every 100,000 people.

This doctor shortage makes Las Vegas extremely vulnerable when responding to large-scale public health emergencies. The Las Vegas shooting highlighted this danger. The shooting killed 59 and injured over 500 people. The Sunrise Hospital and Medical Center was unable to adequately respond to the influx of patients and was forced to request doctors from other states to come in and treat patients. Governor Brian Sandoval issued a public health and medical state of emergency to make it easier for doctors from other states to arrive to help.

The state has made efforts to address this physician shortage. A medical school was opened at the University of Nevada, Las Vegas in 2017 and two Nevadans introduced a bill to increase federal funding for medical residencies. About 68% of medical students stay in the area in which they are trained and completed their residency. In 2014, there were about 340 residency students in the state.

It isn’t just acute injuries that require treatment; an estimated 18% of adults in Nevada have a mental illness and over 4% have a serious mental health illness.

Nevada also ranks poorly in terms of mental health treatment. In 2017, Nevada was designated a mental health professional shortage area by the federal Health Resources and Services Administration. There have been national headlines regarding Nevada’s mental health landscape, including allegations that mentally ill inmates remained in jail for months before they were hospitalized for a competency evaluation and care.

After it was hit hard by the recession and a collapsing housing market, Nevada slashed its general fund mental health budget from $299 million to $230 million from 2009 to 2013. Governor Sandoval even recently made a budget proposal that recommended reducing the number of state-funding mental health positions by more than 100, closing a children’s mental health center, and closing psychiatric medication clinics.

It’s estimated that 2 out of every 3 Nevada residents with a mental illness do not receive treatment, far above the national average of 56%.