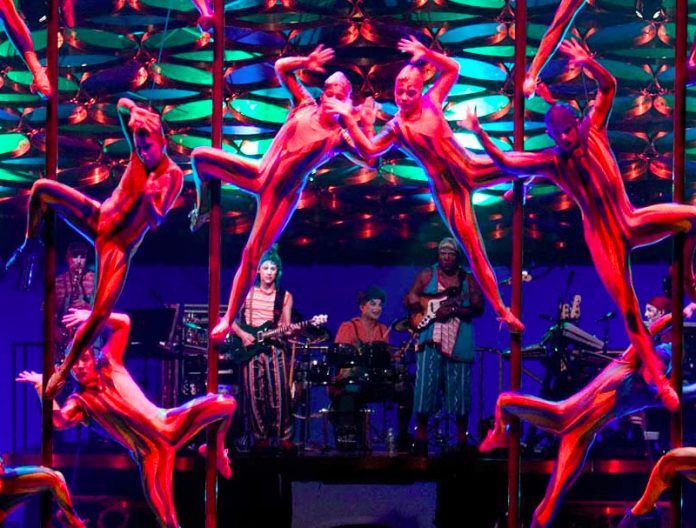 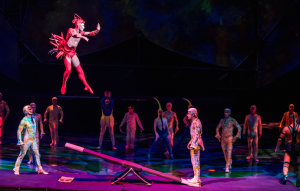 #1. Mystère
Treasure Island
Mystère is the longest-running Cirque show in Vegas with an impressive 25-year run. Mystère is known for its heavy acrobatics and specialization in elements that have since been incorporated into other Cirque productions like aerial artists, magicians, street theater-style comedy, and elaborate sets. One of the highlights of the show is a high-energy, 6-minute trapeze act. This production was originally designed for Caesars Palace with a Roman and Greek theme but it was scrapped when executives thought it would be a financially risky show. it was redesigned for Treasure Island with its own custom theater. This was the first Cirque show with its own theater instead of a traveling circus tent. 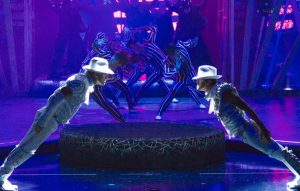 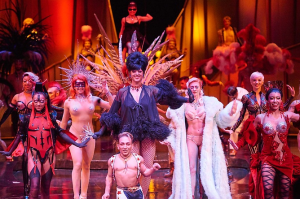 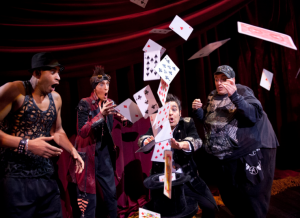 #4. Criss Angel MINDFREAK Live!
The Luxor
If you are already a fan of Criss Angel’s illusions, be sure to check out MINDFREAK Live! The magician has teamed up with Cirque du Soleil to take Angel’s routine over the top. You’ll see immersive worlds created with LED lights, interactive 3D effects, explosions, and a DJ-fueled dance party. MINDFREAK is like a magic show in a Vegas nightclub but there are still magic acts like Angel’s famous straight-jacket escape. 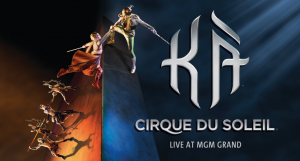 #5. KÀ by Cirque du Soleil
MGM Grand
KÀ is the most visually impressive Cirque show on the Strip and it tells the tale of twins on a journey to fulfill their destiny. KÀ combines acrobatics with pyrotechnics and martial arts to tell its cinematic story through music and imagery. KÀ focuses on aerial acrobatics. In fact, the show doesn’t even have a main floor; all of the action occurs on moving platforms 30 feet above the audience that portray a shipwreck, forest, and sand dunes. This show borrows elements from South America and Asia with a unique elevated theater experience. 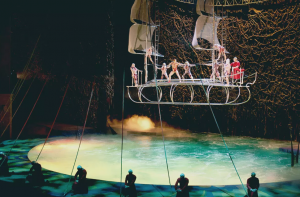 #6. O
Bellagio
O may have a short name but it has huge stunts. O, which is the phonetic pronunciation of “eau,” the French word for water, occurs in and over a huge 1.5 million gallon pool with synchronized swimmers, acrobats, and divers — including several former Olympic athletes. The high dive is one of the highlights of the show as a group drops 60 feet into a small body of water. The O performance is much like the water itself: expressive, smooth, surreal, and pure. 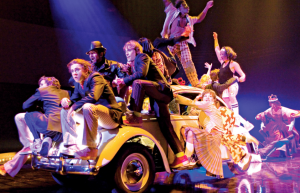 #7. The Beatles LOVE
Mirage
If you’re a Beatles fan, the Love production by Cirque du Soleil is perfect for you. This show explores the meaning behind Beatles music and interprets popular Beatles songs into a beautiful and over-the-top theatrical production. Love includes 60 cast members performing extreme sports, freestyle dance, and aerial acrobatics with a fun and familiar soundtrack. The Beatles LOVE has won three Grammy Awards and continues to delight fans year after year. You’re bound to hear your favorite Beatles song with a soundtrack that includes “All You Need Is Love,” “Help!,” “Here Comes the Sun,” “Lucy in the Sky with Diamonds,” and “Strawberry Fields Forever.” 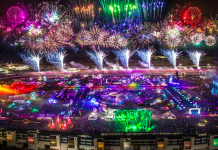